COLLWEB is a global network of collectors that builds a community of people who appreciate the value of art, cars, watches and real estate.

​ Javier Montesol was born in Barcelona in 1952 and belongs to the generation that fostered the cultural transition in Spain resulting from the change in the dictatorship regime to a Democratic country that took place in the mid-70s.

He played a leading role in the Underground Comic movement that was initiated in the early 70s, being the founder of emblematic spanish magazines such as Star and Cairo.

In his early days as an artist He was perceived as a cultural agitator and throughout his career, having to go on exile to Ibiza in the year 74.

Interested in representing the culture and traditions of his country, relying entirely on the validity of the Spanish Brand.

To date, Montesol´s Artworks are present around the world being exhibited in the famous "El Prado Museum", "MNAC" of Barcelona and "The Museo Taurino de Las ventas", also in prestigious Online Galleries suchs as Artsper, Saatchi and Artsy. Finally, in street Galleries located in Paris and Barcelona, being well known among specialised echelons in Europe and the United States." 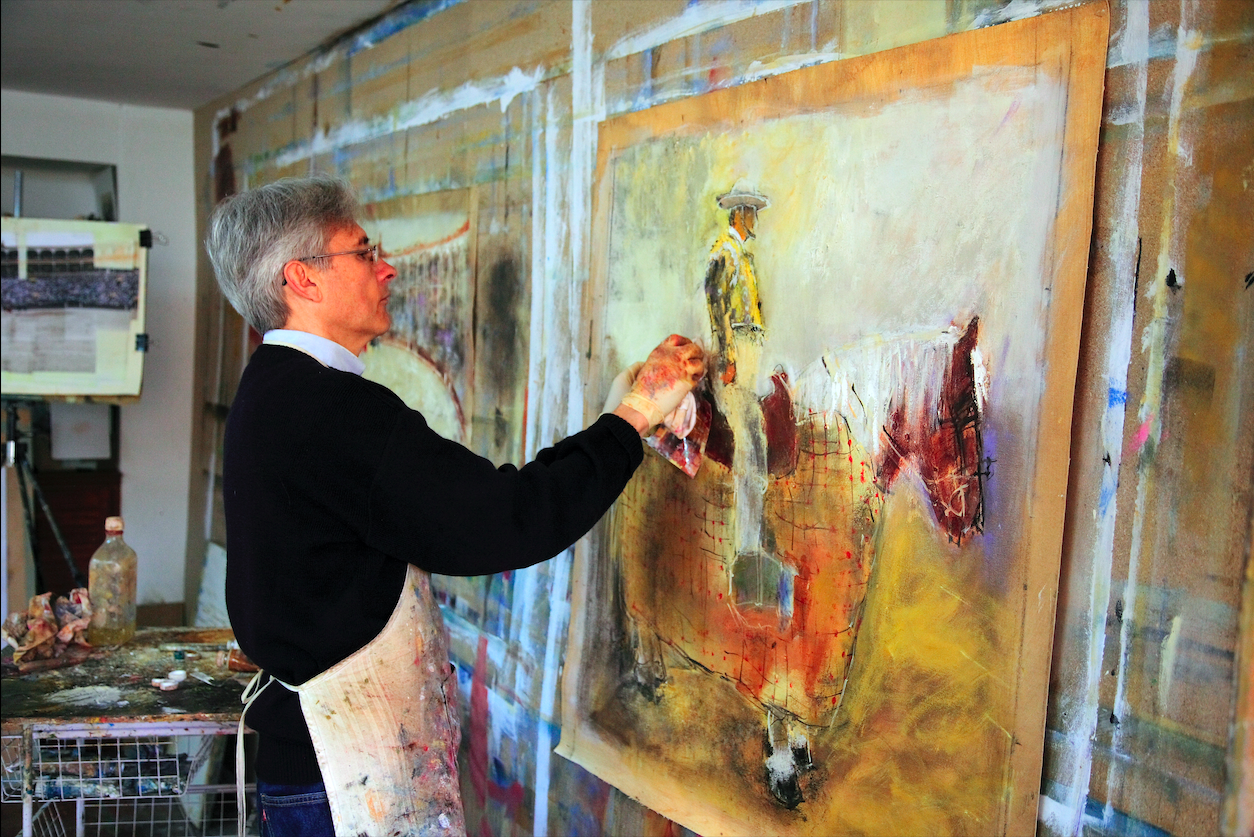